Offshore wind: the distinction between strike price and subsidy matters 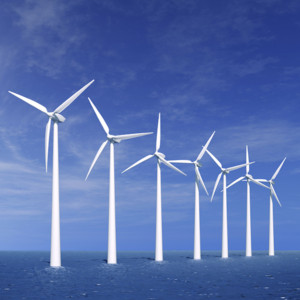 On 11 September 2017 the UK government announced that two developers would commit to delivering 2.4GW of offshore wind capacity for a strike price of £57.50 per MWh generated from 2022/23, taking the industry by surprise. Comparisons to the £92.50 MWh required by the planned Hinkley Point C nuclear plant quickly spread on social media.

In reporting the story, these figures were incorrectly described as direct subsidies. This may sound like an unnecessary technicality but what the strike price is (and who ultimately pays) is critical to having a proper debate about the future of UK energy.

The first reason that it is wrong to report the news as a regular subsidy is that the typical news story implied that the support required to make the two offshore wind farms viable is just over half that required by Hinkley Point C when actually the difference is far greater. To understand this, one needs to understand the strike price.

The strike price is a guaranteed price to be paid to wholesale generators of electricity. It is a critical element of UK energy policy with the aim of creating incentives for companies to invest in certain kinds of low-carbon power, like renewables and nuclear. If the wholesale market price is less than the strike price, such generators receive a top-up.

Importantly, if the wholesale price exceeds the strike price, generators pay back the difference to the Low Carbon Contracts Company (the company administering the scheme). For the last six years or so, the monthly average of the wholesale price has fluctuated between around £35 per MWh and £68 per MWh averaging around £45 per MWh according to Ofgem, the energy market regulator. Assuming the average wholesale price stays around £45 per MWh in the future, the top up payment to the offshore wind farms with a strike price of £57.50 per MWh will be just £12.50 per MWh.

In stark contrast, the top up payment to Hinkley Point C will be nearly four times greater at £47.50 per MWh – not double as reported by many commentators. And, as explained above, if the wholesale price should go above £57.50 per MWh, then these two offshore wind sites will not only not require support, they will pay the difference back.

The second problem with reporting the strike price as a regular subsidy is that the funding mechanism (the Levy Control Framework) is different and separate from other government budgetary decisions. To cover the costs of making up any shortfalls from the strike price, the government adds a levy to consumers’ electricity bills. The more electricity you use, the more you contribute to the cost of a strike price. This is not money that comes out of the government’s general pot of funds.

If you still don’t think this distinction matters much consider the difference in the “take-away message” between two readers, one who has been informed about the strike price and one who interprets it as a full subsidy. The latter comes away with the message: nuclear power and offshore wind still need a big subsidy and to be propped up by the tax payer. While the informed reader comes away with the message: new offshore wind requires very little support compared to nuclear and, in any case, that support is paid for proportionately by those people consuming the electricity.