Home » Blog » How is the macroeconomic model E3ME different to a Computable General Equilibrium (CGE) model?

How is the macroeconomic model E3ME different to a Computable General Equilibrium (CGE) model? 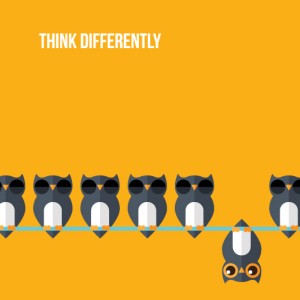 The critics of macroeconomic modelling often refer to the models as ‘black boxes’, mystifying entities whereby data is input and a set of results come out at the other side – the inner workings of the model itself are opaque.

It’s important to us that our tools, their scope and limitations, are understood.

Here, our Head of Modelling Hector Pollitt follows up on his first blog entitled “What is macroeconomic modelling and why do we do it?” by outlining some of the most important features of Cambridge Econometrics’ E3ME as they compare to the more mainstream Computable General Equilibrium (CGE) models.

E3ME is often compared to a CGE model and is sometimes erroneously called a CGE model. The mistake is understandable as E3ME is used to answer many of the same questions as CGE models and produces similar results.

However, underneath the surface there are important differences, which can lead to us getting the opposite results to CGE models.

In an attempt to reduce the distinction to bite-sized pieces, here are ten key differences, starting with assumptions and working through to final outcomes. The comparison is made against a standard CGE model with full clearing of all markets; it is noted that some CGE models have been adapted beyond the original basic framework.

Perfect knowledge is a key assumption in CGE models – but also one that Keynes (1921) strongly disagreed with. The E3ME model is based on post-Keynesian economics and therefore embodies the views of Keynes.

Agents in the model have limited knowledge, which may increase over time but will never be ‘perfect’.

The decisions that agents make reflect the limitations of their knowledge, including a desire to save money to cover potential future reductions in income.

2. In E3ME it is not assumed that agents optimise their decisions

The implications of limited knowledge are profound. If the future is uncertain (including ‘unknown unknowns’) then it is not possible to optimise decision making.

In contrast to results from a CGE model, the outcomes in any E3ME scenario are therefore not optimal at either micro or macro level.

There is no guarantee that all available capital and labour resources will be used and there will usually be spare production capacity available.

3. In E3ME policies take time to have an effect and there is strong path dependency

CGE model results are presented as long-term outcomes, with the period that it takes to move from one equilibrium to another not usually considered. E3ME solves on an annual basis and the transition to long-term outcomes is an important part of the results.

Moreover, the dynamic specification of all the model’s equations (not just capital stock) means that what happens in the short term is an important determinant of long-term outcomes.

The model is highly path dependent and history ‘matters’.

The econometric estimation that forms the parameters in E3ME (see below) requires detailed time-series data. Data requirements thus go far beyond those of a CGE model, where the GTAP (Global Trade Analysis Project) database often provides the single year of data required for model calibration.

The construction of the model database represents a major effort by the modelling team at Cambridge Econometrics. Data from several different sources must be combined to provide a consistent representation.

For some developing countries there are substantial gaps in the data that must be filled out; at times the extensive data requirements can be both a strength and weakness of the model.

If we do not believe that agents optimise then we must provide alternative behaviour in the model. The assumption in E3ME is that agents behave as they did in the past, as represented by the econometric equations.

This is why E3ME is referred to as a ‘macro-econometric’ model, even though its key properties relate to the underlying post-Keynesian structure, rather than the nature of the parameters (some CGE models also use macro-econometric estimates in their parameters).

The macro-econometric approach does make E3ME vulnerable to the ‘Lucas Critique’ that behaviour might change if the policy regime changes. As noted recently, other models are also subject to the critique.

The econometric estimates provide our best guesses of agent behaviour but the range of uncertainty increases in scenarios that include large-scale change.

6. Technology is core to E3ME, is treated ‘endogenously’ and in key sectors incorporates diffusion dynamics

It is now widely agreed that public policy can affect the trajectory of technological progress and some CGE models encompass an ‘endogenous’ treatment of technology. Technology is core to the E3ME modelling approach and key sectors include diffusion algorithms that are based on innovation theory and evolutionary economics.

The treatment allows for testing a much broader range of policies to support the development and deployment of new technologies, going beyond the simple price signals that are standard in the CGE approach.

7. In E3ME the quantity of money is endogenous, allowing for stimulus and austerity effects

One of the defining principles of post-Keynesian economics is that the money supply is endogenous. E3ME incorporates a treatment of endogenous money.

The Bank of England and the World Bank (among others) now acknowledge that the classical treatment of a fixed supply of money, as in CGE models, is not appropriate for the modern economy.

Moreover, it has also been found that how the money supply is modelled is fundamental in determining model results. Additional investment does not ‘crowd out’ other investment if funded by bank loans, unless there are constraints in the real economy (e.g. labour shortages). But, as noted in the next point, the real economy usually operates below capacity as well.

8. Involuntary unemployment is an important outcome from E3ME

E3ME includes econometric equations for labour supply and labour demand. The difference between the two is unemployment, which includes those who are between jobs and those who cannot find a job.

Unemployment in CGE models usually only includes ‘voluntary’ unemployment, which ignores the position of the majority of those unemployed in the real world.

9. In E3ME air pollution has health impacts, which in turn affects the economy

One of the recent developments to the E3ME model has been to link emissions of ‘classical’ air pollutants (particulars, sulphur dioxide, nitrogen oxides) to human health.

Economists in the US have noticed that these impacts can be substantial but they are rarely included in model-based assessments. Where these impacts are included, a simple value is calculated in monetary terms and added to GDP results.

In E3ME, there are direct feedbacks to population levels, labour productivity and healthcare costs. By keeping most of the impacts in ‘physical’ units, no judgements are made about the monetary values of human health.

We are now exploring how to model climate damages in E3ME as well.

As a result of the features above, regulatory policies may show benefits to both the economy and society more widely.

In a standard CGE model, such an outcome is highly unusual, because regulation acts as a constraint on optimal behaviour, and therefore by definition leads to worse outcomes.

But by dropping the assumptions common to CGE models, a much wider range of outcomes is possible. For example, regulation may improve agents’ abilities to make decisions through providing information and may draw upon the pool of available workers through financial stimulus effects.

Regulation may also put the economy on to a different path of technological development or could reduce negative health impacts.

In environmental policy, such an outcome could lead to a strong double dividend effect, where regulatory measures improve both environmental and economic outcomes. Such an outcome is by no means guaranteed in the modelling and of course impacts will vary across time, across sector and across geographical locations.

The important point, however, is that the outcomes are guided by the empirical nature of the model’s equations, rather than the imposition of a set of theoretical assumptions.

All models have their various strengths and weaknesses and should be used in the way in which they were intended as I outlined in my previous blog ‘Optimisation and simulation models – how, and when, to use them’.

The E3ME model provides an empirical approach; by dropping assumptions such as perfect knowledge and fully flexible markets, it is possible to observe other real-world phenomena such as involuntary unemployment.

As a result, the properties of the model are substantially different to the more common CGE approach and we can see qualitative differences in results.

Economists will always argue about which approach provides the ‘true’ results but our view at Cambridge Econometrics is that a data-driven, empirical model provides the most useful insights for policy makers. These beliefs are reflected in our modelling.