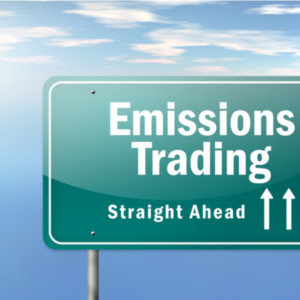 Jon Stenning explores the issue, drawing on technology diffusion and macroeconomic analysis carried out in a forthcoming report for the European Climate Foundation.

There is a major danger that the inclusion of road transport and buildings in the EU ETS would not achieve the desired goal of substantially lower emissions from these sectors, and would create risks for both existing industry and (particularly low-income) consumers. When the potential political implications are also considered (the potential removal of road transport and buildings from the Effort Sharing Regulation, and the transfer of responsibility for these sectors from Member States to the European Commission), there are evident drawbacks to pursuing such a policy.

The EU ETS currently caps emissions from what can broadly be defined as ‘industry’ – power and heat generation, energy-intensive industries and intra-European aviation. It is subject to extensive criticism, and the System is slowly evolving (see, for example, the introduction of the Market Stability Reserve from January 2019 onwards) to address some of the challenges that it faces.

The ‘cap and trade’ system places an upper limit on emissions of carbon dioxide, nitrous oxide and perfluorocarbons (PFCs) from large emitters in these industries through a single EU-wide cap, with around 45% of allowances in 2019 auctioned (and the remainder freely allocated).

The European Commission is currently considering whether to extend the EU ETS to include two new sectors; road transport and buildings. It is likely that such sectors would be included through the requirement for operators in these sectors to purchase allowances to cover the emissions from the fuel that they sell to either consumers or businesses for final use in vehicles or buildings.

Extending a single ETS to cover these sectors, in addition to existing coverage, would substantially alter the balance in the system. Our analysis shows that, since demand for transport and heating fuels is relatively inelastic;

In combination, such changes would impose substantially higher prices across both existing and new ETS sectors, and harm the competitiveness of heavy industry in particular while failing to realise the required emissions reductions in the road transport and buildings sectors. Macroeconomic modelling using E3ME shows lower employment and output in current ETS sectors under an extended ETS, compared to a baseline where no such change is introduced.

The impacts threaten to be regressive

In addition, there are likely to be disproportionately large impacts on poorer households from such a policy. Low-income households are, by definition, financially constrained, and less likely to be able to afford to invest in new technologies before the end of the life of their current investments. While waiting for these products (both vehicles and heating technologies) to reach end-of-life, they will face substantially higher running costs for both heating and transport.

These financial constraints also risk locking such households into high-carbon (and costly) technologies for years to come, as they lack the resources to pay higher up-front costs for low-carbon technologies, even when these might be cheaper on a total cost of ownership basis. In the building sector, low-income households are also much more likely to be renting, rather than own, the dwelling in which they live, and the lack of incentives for owners to install low-carbon technologies (because they have to pay the higher up-front cost, while the tenant benefits from the lower running costs) means that such households are also likely to have less control over paying the higher costs imposed by the allowance price.

Some of the financial impacts of higher costs can be mitigated through reduced demand from households; however, low-income households are likely to already have low levels of discretionary use of heating and transport. As such, reduced demand for heating (in particular) and transport can have substantive detrimental effects on human welfare and, in the case of the former, human health.

In summary, an extended EU ETS will not deliver deep decarbonisation of road transport and buildings, while creating additional challenges for European industry and low-income consumers. At the same time, it is inevitable that additional supportive policy will be required. Policymakers should closely consider whether such a policy is therefore worth pursuing.

Please comment below and tell me what you think on social media.